What are the methods of crushing 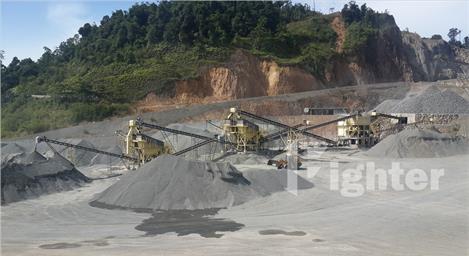 1) Crush
It uses the pressure generated when the two working faces gradually approach the ore to pulverize the ore. The characteristic of this method is that the force gradually increases, and the force has a larger range of action.

2) Chop
It uses the splitting force of the tines to wedge the ore to pulverize the ore. It is characterized by a relatively concentrated range of force and local rupture.

5) Shock
It is the use of instantaneous impact force to act on the ore. Due to the high impact speed, the deformation cannot be extended to the whole of the impacted object, and the local stress is large at the impact point. The impact has the greatest damage to the ore, so the crushing effect is the best. Because the force acts on the ore instantaneously, the impact is also called dynamic crushing.

How to choose coarse crushing equipment in the sand and gravel crushing production line?2022-12-23

What equipment is needed for the pebble sand production line?

What equipment is suitable for processing in the refractory material industry?2023-01-12